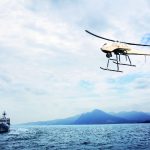 AVIX participated in the “Rotor-type unmanned aerial vehicle pilot project” cooperated with MiTAC and JC-tech organized and launched by Coast Guard Administration(CGA). The official briefed and presentation was held on May 23, 2018 at the head office of CGA, with 2 other companies participated and entering for the rivalry.

AVIX has been working hard for nearly two years to meet the requirements and plans of CGA, we designed, researched and developed AXH-E230 together with the related sub-system and complete the AXH-E230RS “Long-Range Instant Reconnaissance Surveillance Multi-Functional Unmanned Helicopter”. Apart from this, we also involved in CGA military exercises on a regular basis,  performing system function verification from time to time. To name a few, AVIX participated in the “Hai On No.9” exercise hosted by President Ying-Wen, Cai personally at Keelung Port on May 2017, followed by “Nan Yuan No.2” exercise at Kaohsiung Port in November 2017, and “Smuggling and Anti-Smuggling Campaign” exercise hold by the [...] 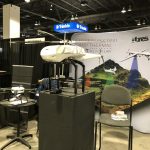 AVIX participated in the “AUVSI 2018 XPONENTIAL” drone exhibition cooperated with iTRES, Canada held in Denver last week. In addition to the exhibition of the AXH unmanned helicopter integrating with the iTRES hyper-spectral imager sensor-micro CASI, a pitch control multi-rotor AXM and dual-band wireless communication system AXD-DB201M were exhibited in the booth which attracted highly attention from the exhibitors and visitors. 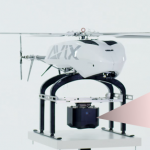 Huida Technology, Beijing, purchased 2 sets of AXH-E230 unmanned helicopter system from AVIX in May 2017 for the application of aerial survey and mapping. After 2 weeks of training courses provided by AVIX team in Beijing, Huida UAV team managed to operate the entire system and execute the UAV mission successfully. 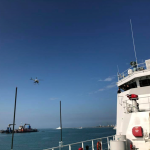 AVIX team attended the 1st Maritime Security Drill with Coast Guard Administration in 16th Jan. 2018 at Taipei Harbor with the purpose to prevent smuggling and drug trafficking. AVIX team operated their own AXH-E230 multi-function unmanned helicopter system to perform the reconnaissance of the target suspicious smuggling ship from the sky and execute the real-time video sending back to the control center. President of the Executive Yuan, Premier Lai Ching-De hosted the event and observed the whole process on the I-Lan ship. He then emphasized, “One must first sharpen its tools to accomplish a good job” to encourage Coast Guard Administration to adopt the new technologies to execute the mission of anti-smuggling and anti-drug trafficking. 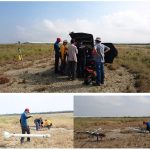 AVIX worked with ITRI (Industrial Technology Research Institute) to use AXH unmanned helicopter system to carry high precision “Magnetic detection instrument” and executed a series low altitude fly testing. The weight of this instrument is around 5kg. In order to prevent the effect by the helicopter, we need to adopt a 10m rope to hang this instrument. And consider of the aerodynamic character during fly, we use a rocket shape body to package this instrument. Normally we call this system Towed-Bird! 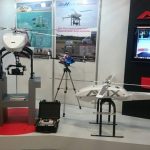 In 2015 TADTE, AVIX exhibit the latest unmanned helicopter system – AXH-E230. In 4 days exhibition, through the detail introduction by AVIX team to let all the visitors know more detail about our AXH-E230 system. We also wish through this exhibition to let the visitors know more about UAS/drone and also inspire you to think more application, more possibility by the UAS solution.

AVIX will attend the 2015 TADTE 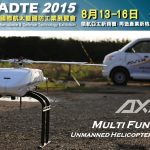 AVIX will attend the 2015 TADTE / Taipei Aerospace & Defense Technology Exhibition to exhibit the advance UAS solution – AXH-E230 multi-function unmanned helicopter. Booth No is – A0705 . Welcome for your visiting!! 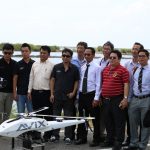 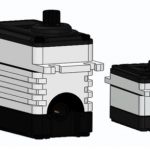 The 1st batch mass production surface servos that AVIX ODM for USA well-known R/C brand are shipped. There are 7 difference type servo were launched in the same time and will be available in the market soon. 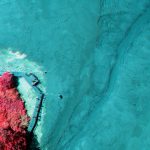 AVIX cooperate with the NAR Labs ITRC to test their own design Dual-Spectral payload system in Sun-moon Lake. The payload system is consisted by 2 SLR cameras with difference spectral lens( one is visible, another is near infrared) .